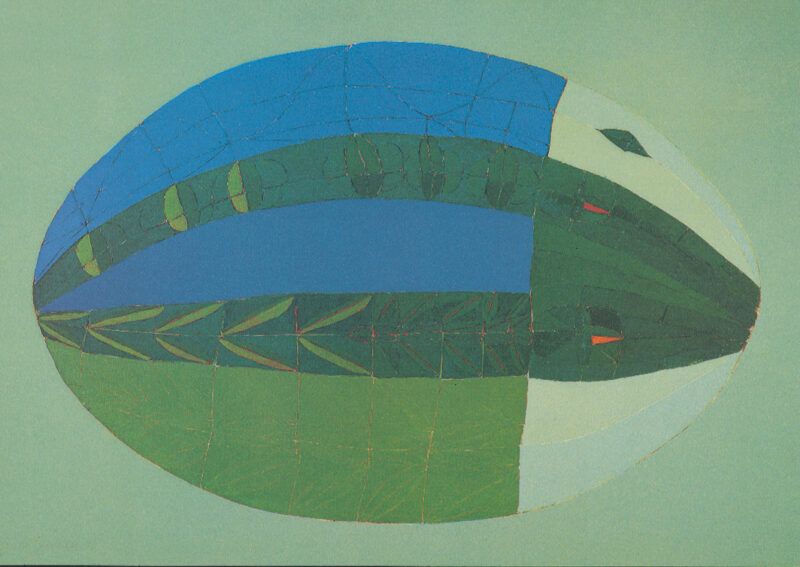 Now the ball is inflated, yet the fruit’s kernel goes on expanding. The pollen has quieted and lies still, but lips are in motion.

The giant jellyfish captures particles and bodies, the turtle holds the light.

The figure leaves its shadow, recognizes its mirror image and dives into the current, where it discovers its own roots.

The paths of sun and moon come to a meeting point, the bridge is completed.

Guiding the dream in sleep catching the world in mirrors sloughing off one’s skin like a snake – living the length of the moment – thus armed, he has already discovered the key with which nature awakens him. 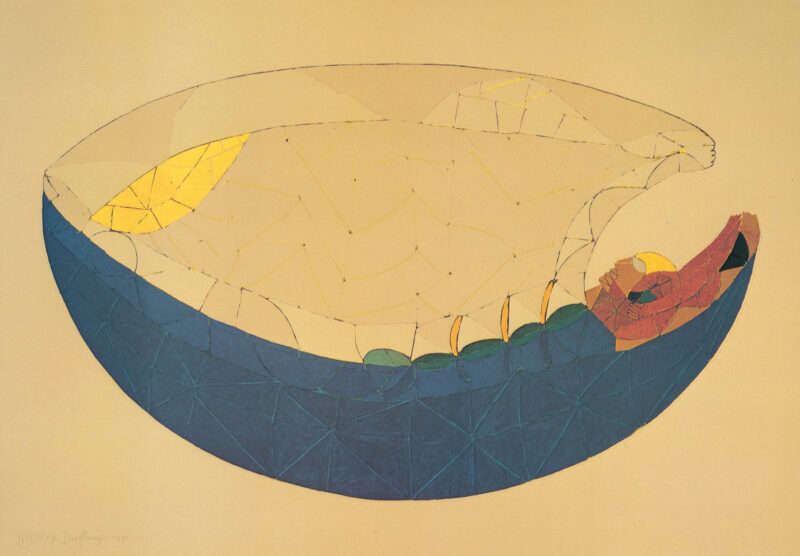 The sun’s force drives the boat onto the shore. A sherd bears a written account of the origins of life.

The figure falls from the edge of a cloud and escapes from a net; her eye finds the light’s force; her body pulled up by its rays.

Her body surges with the ebb and flow; yet she shields herself from this dazzling light and takes her place in the path of the planets.

Where the sun awakens figures and bodies hold mirrors; where the sunlight and moonlight meet face to face, a single glance can ignite the world, uniting itself to matter and spirit 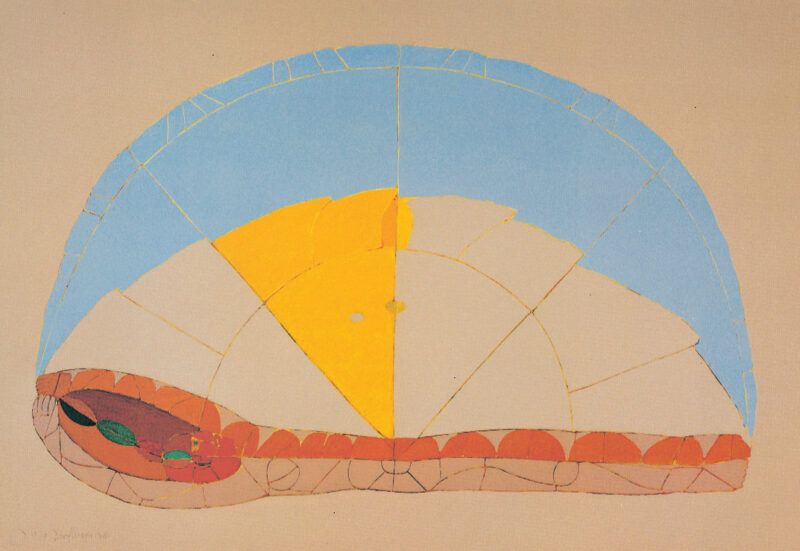 The rays form a scaffolding. The eyes, at the focal point, shift the spaces. A bird ingests life, a mushroom glows, a storm begins.

The figure burns, expands its thoughts; the sun’s rays unite it to the universe. It promotes growth, creates, discovers and protects.

The figure is a magic wand and a key, a snail and a building; light and air its vibrations.

Laid between segments of infinity, form begins to float. Where mystery moves space and time the world comprehends life.